Skip to content
What Is A Tagline? [The Science Behind The Strategy]

WHAT IS A TAGLINE?

[The Science Behind The Strategy]

What Is A Tagline[The Science Behind The Strategy]

Contents Show Contents
WHAT IS A TAGLINE?
[The Science Behind The Strategy]
What Is A Tagline[The Science Behind The Strategy]
The Video Breakdown
The Definition Of A Tagline
Why The Tagline Is A Pivotal Strategy Tool
PRO Brand Strategy BluePrint
Build Brands Like A Pro Brand Strategist
Get The FREE Framework Template PDF Now!
The Strategic Goal Of A Tagline
The Focus Of The Tagline
The 4 Characteristics Of Effective Taglines
Want Actionable Brand Strategy Tips & Techniques?
24 Awesome Examples Of Effective Taglines
Conclusion
Brand Master Secrets

When you think of your favourite brands, the first thing you’ll likely think of is their logo.

The reason you think of the logo first is that it’s the easiest and most memorable element of a brand to remember because of its visual aspects and how our brains work.

Our brain digests visuals as quickly as 13 milliseconds and stores them in a part of the brain (the limbic system) that’s easiest for us to recall.

The second thing you’re likely to think of is the tagline.

Although taglines are processed in a different part of the brain (the neocortex), they are the most simplistic form of a brand’s language communication.

Their simplicity and memorability allows the brain to quickly create a shortcut between the logo and the tagline, which in turn leads back to an idea and the overall experience of a brand.

In this article we break down the tagline and the important role it plays in brand strategy.

The Definition Of A Tagline

I’ve found many different definitions of a tagline, though none I have found encapsulates exactly what it is, the job it does and its overall importance…

Rather than give you an outdated (or inaccurate) dictionary definition, I would rather define the tagline as:

There are four key words in this definition, which represent the tagline best

The goal of the tagline is to embed itself to memory creating a shortcut between the logo and the idea. If it’s not memorable, it won’t get stored to memory and therefore cannot perform its task.

This goes hand in hand with memorability. If a tagline is not concise it wont be remembered. Optimal range is between 4-5 words.

The tagline aims to embed the unique difference a brand offers. If the brands offer lacks differentiation, there is nothing unique about it and it can be easily forgotten.

The offer of the brand cannot be different for the sake of being different. The audience needs to associate value with that difference to motivate desire for the offer.

Why The Tagline Is A Pivotal Strategy Tool

The importance of the tagline cannot be understated.

One branding element that’s never understated is the logo.

In fact, if you ask 10 people to explain what a brand is, 9 of them will likely mention the logo but the tagline won’t get a mention.

The truth is, the tagline, just like the logo, is another strategic tool brand builders use to get their audience to first remember the brand, then to associate it with an idea.

Brand builders need to use all the strategic tools at their disposal, as effectively as they can and the tagline plays a major role in an overall brand strategy.

YES! I Want The BluePrint 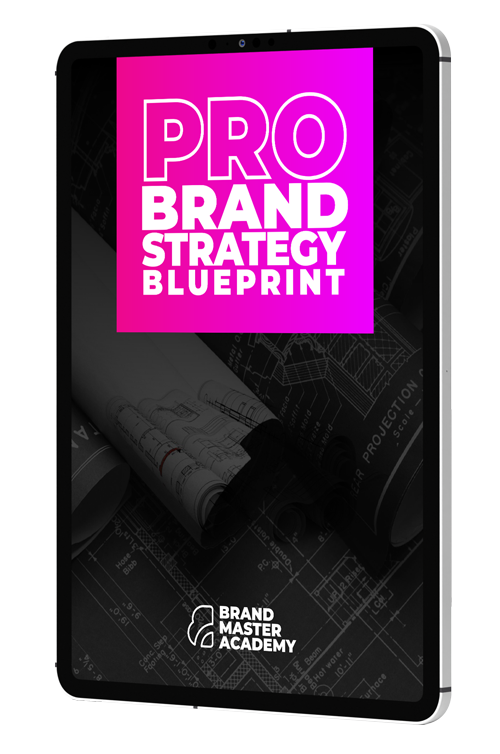 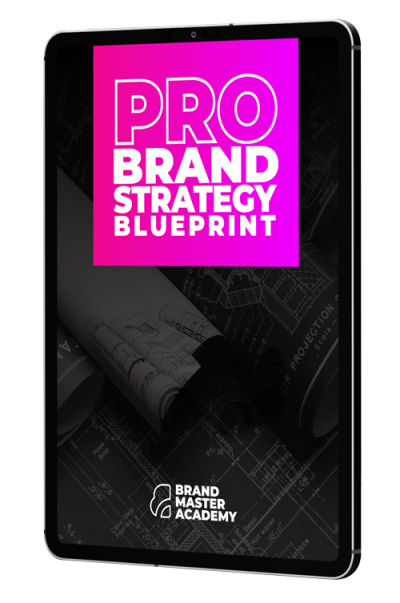 The Strategic Goal Of A Tagline

Brand recall is when an audience remembers the experiences of a brand through a trigger or cue.

This trigger could be a sighting of a visual element (such as the logo), a purchasing experience or a desire.

As each step progresses, the consumer is required to recall more information which is stored in a deeper part of the brain (and therefore uses more energy for the brain to recall it).

Our brain’s reptilian complex is built for survival and therefore preserves energy when it can.

It resists any unnecessary energy use, which is why it’s harder for us to recall large amounts of information.

The goal of the tagline therefore is to land in a part of the brain that allows for easy recall and forms a shortcut between the logo and the overall brand experience.

If it’s successful, the audience, when triggered can easily recall the brand and associate it with an idea by following the shortcuts embedded in their mind.

The Focus Of The Tagline

When they do, it’s often part of an evolution to solidify their position and idea in the mind of the audience.

This tends to happen when a brand has a high level of awareness in the marketplace and relies less on the tagline to provide a memory shortcut.

Once the brand enters the long-term memory of the audience, the job of the tagline can shift to crystallise the overall idea.

Two examples of taglines, which crystallise the idea of the brand, are:

Both these taglines were adopted with unparalleled brand awareness already established.

In the early stages of developing a brand, the brands low level of awareness means that the tagline needs to focus all its energy on establishing its position in the mind, rather than the big idea.

Positions are solidified through the difference offered in the marketplace, which means, brand builders need to develop taglines that are laser focused on the differentiation strategy.

This means there are two stages to the tagline.

The tagline doesn’t need to change as it advances from stage one to stage two though it often does.

Regardless, when developing a tagline for a new brand, it needs to be developed to solidify the position with a focus on the differentiato