Skip to content
How To Increase Your Prices, Get Bigger Clients & Grow (With Michael Janda)

How To Increase Your Prices, Get Bigger Clients & Grow (With Michael Janda)

In this article, I’m joined by the one and only Michael Janda. He’s an agency veteran and havet built a solid 20 person strong agency with the who’s who of clients from Google to Disney, to Netflix, and many, many more household name brands.

He’s also a business coach and the bestselling author of Burn Your Portfolio and just a genuine all-round nice guy today. He shares his vast experience on how to increase your prices, get bigger clients and grow your agency.

So if you want to learn the principles of pricing, The core pricing structures and how to upsell your clients to strategy, then stick around for this episode of the Brand Master Podcast.

In this article, I’m joined by the one and only Michael Janda. He’s an agency veteran and havet built a solid 20 person strong agency with the who’s who of clients from Google to Disney, to Netflix, and many, many more household name brands.

He’s also a business coach and the bestselling author of Burn Your Portfolio and just a genuine all-round nice guy today. He shares his vast experience on how to increase your prices, get bigger clients and grow your agency.

So if you want to learn the principles of pricing, The core pricing structures and how to upsell your clients to strategy, then stick around for this episode of the Brand Master Podcast.

How To Increase Your Prices, Get Bigger Clients & Grow (Pt 1 with Michael Janda)
[The Video Breakdown] 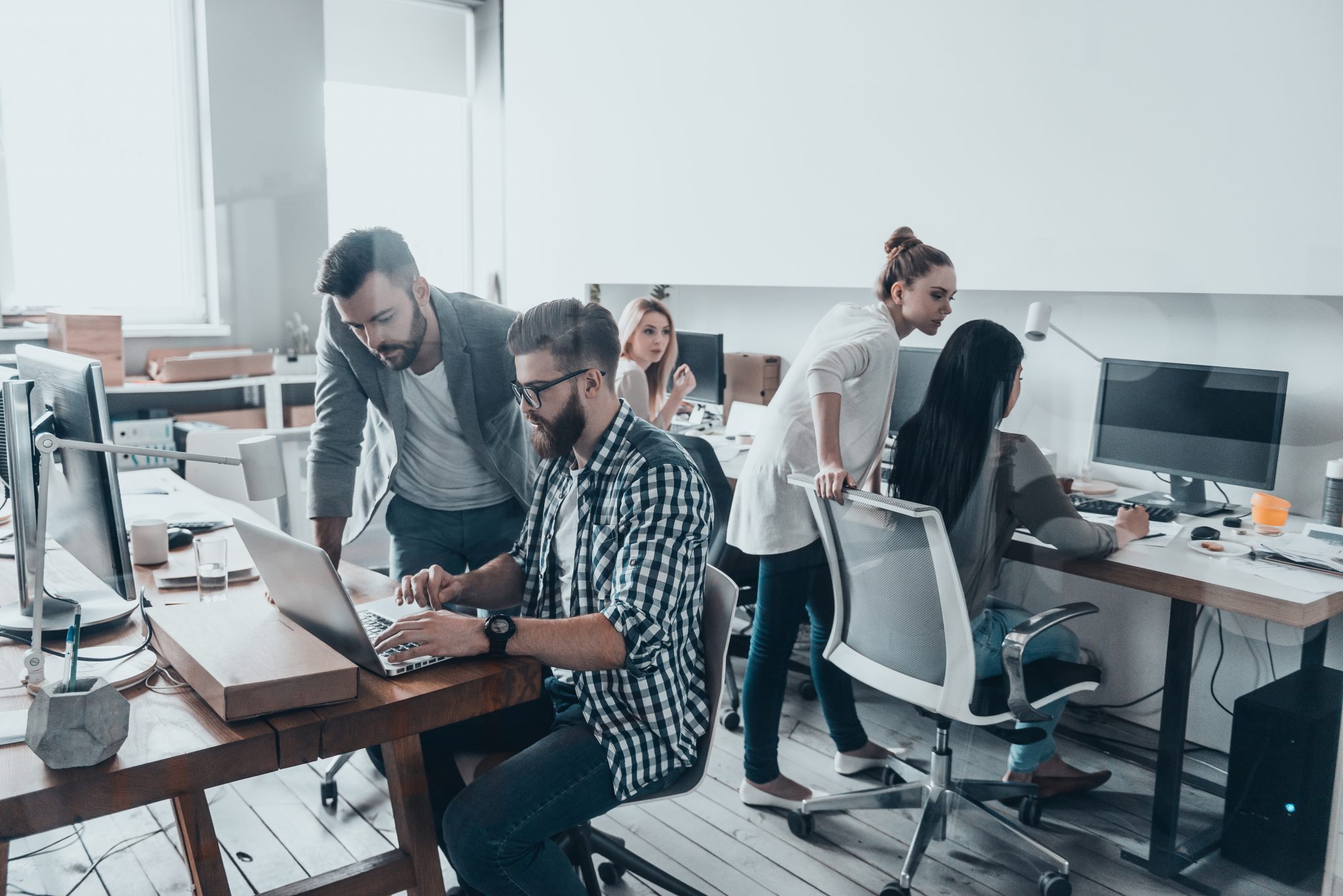 I love your story and where you’ve come from because I listened to a podcast a while ago, I can’t remember which podcast it was on, but you were telling them about your humble beginnings.

You had that job as a starting off. The one that you kinda didn’t want to take, you took it because you couldn’t get your foot in the door at an agency, but it was designing business cards at a print house. And then, you rise from there, it is astronomical.

Can you talk us through those humble beginnings and how you were kind of feeling at the start of your career and how you rose so quickly and got to where you got?

It was a blow to my self-esteem, I graduated from University and I’m submitting my portfolio to agency after agency trying to land somewhere and thinking that I would be able to cause, you know, you had my degree and it was getting no traction.

And finally, after it was like two months of job hunting, I got my first job offer and it was at a coffee store.

That was the prepress coordinator, was my title. And I think that for somebody like me, where I’m driven so much by my own competitive nature like I don’t want to settle for mediocrity in my life.

And so when I couldn’t get a job of anything of stature and all I could get was this copy store job. It just fueled me for years to go and try and

Prove to myself and my competitive nature of proving to everyone else in the world that I was better than that first job that I got.

So I just again self-educated, it was the late nineties. I started learning HTML and flash when it came out and I’d spent $2,000 on my first little computer and just on a credit card. We

had no money, my wife and I, she was still finishing school, but I needed the tool to be able to practice and so I just got after it.

Then within four years later. I was a creative director at Fox studios, living in Los Angeles, managing a team of 50 people and. It came,

I think more out of not so much my ability to design, but my ability to lead people to speak confidently, to lead a room, to organize a team, to complete a task, all of those kinds of things, to mentor and shape other designers to provide what we needed.

That’s where I think a lot of my success came from, not so much that Mike Janda was the greatest designer in all the world. I sometimes think I’m like one of the most successful mediocre designers that ever lived because I get it and I’m good enough, but I’m not like some of the design superstars that are out there.

3 Principles Of Pricing Your Work

What I hear you speak about a lot and because you have the chops, you have the experience, you’ve been there and done that is in around the principles of pricing, your work and working with clients and doing it in a way that’s systemic and it’s not, you know, pulling numbers out of thin air.

Talk to me about your main principles of pricing, your work?

So I kind of reverse-engineered how I started thinking about it. When I started trying to write a book about How Do I Price This Stuff? And I had priced my agency over that of my agency run, we did over $30 million in revenue.

So that’s a ton of pricing engagements and then to do it at a sizable profit margin, you have to really understand what you’re doing. To be able to do it. And so I had a chapter in Burn Your Portfolio that I wrote back in 2012 and 2013, that was called the Fixed Bid Pricing Dart Board and it came out of the idea that

We throw a dart at the board and then we choose a price based on where that dart hits.

But if we dissect the board into three strategies that we’re going to understand, then we have a lot better chance of hitting a number that’s actually gonna work for us. So it’s not just any number from zero to 1 million.

It’s actually a set of numbers that are strategically calculated and then we throw the dart and decide where we want to have that be.

So anyway, to answer your question, three variables that we look at variable,

How much does it cost us to produce the work?

So you got to understand how many hours you’re going to put into it and what your cost is per hour. How much do you need to earn per hour to keep the lights on in your business and in your life? So you understand that that’s variable #1.

What do other people like me charge for this same thing?

Now the like me is really important because people like me are other people in my phase, other agency owners and staff. When my agency had 20 employees, I would look around and say, okay, well, other agencies like us are charging $200,000 for this thing.

But a freelancer working out of their house, living in a middle-tier market or country is charging 20 grand for the same thing. But in my agency, it wasn’t, I couldn’t compete with the 20 grand. And that freelancer can’t charge 200 grand because they’re not bidding on it from an agency standpoint.

So that’s variable number two that we have.

What does this client even want to spend to solve the problem that they’re coming to me with?

Do they need a new website? We’ve determined that. That’s the thing that they actually need. Now, how much do they have allocated to that?

When we’re busy with tons of work, we’re going to bid things on the high end because our price or our hourly time is at a premium.

And when we have no work we’re going to bid things on the low end to increase our chances of landing the project.

So there are a lot of different things that we take into consideration when we’re pricing.